How the Meth Epidemic Impacts You

Meth abuse remains such a devastating problem in the United States that some are calling it the meth epidemic. According to the 2015 National Drug Threat Survey, 33% of respondents reported meth as the highest drug threat in their areas. Furthermore, due to the plunge of cocaine availability in recent years, methamphetamine use is continuing to rise. As a result, many cities are suffering from the meth epidemic. Read on to discover valuable information on meth abuse and addiction. 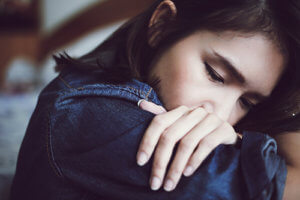 Meth is short for methamphetamine. The drug carries several names, including crystal meth, crank, speed, and chalk. People can use it in different ways such as injecting, smoking or orally taking the drug.

When people take meth, they feel a rush of energy and happiness. For this reason, they consider it to be a party drug. However, meth is a stimulant that destroys the body in several ways.

Factors Leading to the Meth Epidemic

Various factors can lead to an epidemic of certain drugs. Regarding meth, the low price has brought an increase in sales.

Studies show that meth isn’t usually the first drug that people start using. Prescription pain pills are often their first-time drug. As money becomes tight because they spend it on feeding addiction, they look for cheaper alternatives. Although pain pills and meth affect the body differently, all that people with addiction want is to get high.

Meth is also something that people can make themselves. It’s common for users to set up their meth labs. While these labs are extremely dangerous, people use them as an even cheaper alternative to buying from dealers.

The Dangers of Meth Abuse and Addiction

Meth addiction causes numerous health problems across the nation, harming both physical and psychologic states that include:

Meth also causes dental issues such as rotten teeth from meth mouth. For example, meth causes dry mouth which wears down tooth enamel. Teeth rot from meth use because it rots people’s teeth.

The second reason is that meth users tend to clench and chatter their teeth. Experts say that clenching the jaw is a direct result of the stimulating effects of meth. However, in the end, they chip and erode their teeth.

It’s important to stand up to the meth epidemic in America. At Memphis Recovery, we can help you fight back against meth addiction. In fact, we offer evidence-based substance abuse treatment.

Some of the effective recovery programs at MRC include:

Don’t let meth end your life early. Find out how the right rehab center can make all the difference in your fight against addiction. Reach out to our friendly staff today at 866-304-8254 to see how we can help.