Cocaine has made a name for itself as the go-to party drug, but it’s also extremely addictive. Once considered an afterthought after the new wave of designer drugs flooded the market, cocaine use is back on the rise in the United States. With so many people using it, overcoming cocaine addiction is harder than ever before. 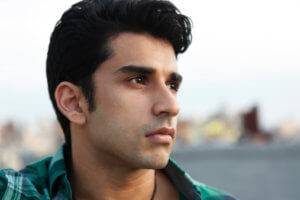 Extracted from coca leaves, cocaine comes in crystal or powder form. People first used cocaine as a painkiller. In fact, The Coca-Cola Company famously added the drug to its soda until 1903. The company even advertised the drink as a cure-all.

Today, people buy cocaine illegally off the streets and use it to achieve a euphoric high. Snorting is the most common way that people take the drug. This method allows the body to absorb the drug via nasal tissue. Others rub the drug into their gums as a quick way to get the drug into their system.

When people typically use cocaine, they’re also putting other chemicals into their bodies. This drug often contains talcum powder, sugar or cornstarch as a filler. In some cases, makers mix in amphetamines, another dangerous drug which is in the stimulant category.

Just like any other substance abuse problem, overcoming cocaine abuse starts with detox. This process helps set a strong foundation for rehab to build upon. Once in rehab, overcoming addiction involves a lot of therapy such as family and cognitive behavioral therapies.

Beating any addiction doesn’t happen overnight. Since addiction is a mental disease, people who suffer from it can never truly beat it. However, they can learn to cope with and manage it.

Cocaine poses a number of dangers for users. It can cause stroke because it constricts the blood vessels and raises blood pressure. It can also create heart problems because it increases heart rates and blood pressure.

In some cases, blood vessel constriction is strong enough to cut off blood flow to the brain entirely. Men under the age of 40 are at the highest risk of stroke after taking cocaine. The increase in blood pressure may also damage other organs in the body.

The way people take cocaine can also cause damage. For example, people who snort cocaine may suffer nasal damage. Over time, cocaine damages the septum, which is the thin membrane that separates the nostrils.

After snorting cocaine for an extended period of time, people might have an impaired sense of smell. In fact, some cocaine users always have bloody or runny noses. Others say that they have trouble swallowing after taking cocaine.

At Memphis Recovery, our non-profit addiction treatment facility focuses on helping clients overcome substance abuse problems. We offer substance abuse treatment options for many drugs, including cocaine. Some of the different programs that we offer include:

We aim to provide each of our clients with a custom treatment plan. We believe that no two people are the same, meaning no two people will receive the same type of treatment. Creating personalized plans allows us to address the individual areas that you need help with the most.

Don’t let cocaine control your actions any longer. Take advantage of a custom addiction treatment approach that fits your needs. Reach out to Memphis Recovery today at 866-304-8254.

The surging trend toward opioid and methamphetamine abuse has done little to curtail cocaine use. The National Institute on Drug Abuse (NIDA) claims that nearly 17% of those age 26 and over have used cocaine at least once. If cocaine abuse isn’t decreasing, that only means that the need for rehab is as high as it has ever been. Here’s how to know if you or a loved one needs help.

Signs of Stimulant Use Disorder 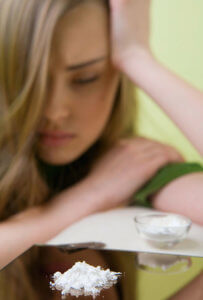 Those with cocaine or any other stimulant addictions may develop a tolerance to their drug. They’ll then require larger and/or more frequent doses to get high. If someone you know has gone from occasional use to more frequent consumption, that person might have an addiction.

Intense cravings are another sign that someone is suffering. When craving cocaine, users often pace or fidget, and may become easily agitated. Some are so focused on using their drug that it’s all they can talk about.

Many who experience cocaine find themselves unable to stop on their own. They may promise themselves or others that they will quit, but never follow through. Others will quit for a little while, only to start again a short time later. These individuals simply cannot do it alone-they must have professional help to overcome their addiction.

When to Seek Treatment

Seek treatment for your cocaine dependency if you:

Don’t wait until you hit rock bottom to reach out. The sooner you contact us about your cocaine problem, the sooner you can overcome it. Stop hiding your addiction and make that call today.

Cocaine problems affect people of all social, economic, and ethnic backgrounds. Here at Memphis Recovery Center, we treat men and women of all ages, races, and education levels, including many business professionals. These individuals have achieved success thanks to a variety of programs such as:

We establish a recovery timeline based upon your needs and not some artificial deadline dictated to us by insurance companies. As a non-profit facility, we can do so without repercussion. It’s one thing that sets us apart from other rehab centers, who are largely at the mercy of the insurance companies that pay them.

Another thing we do differently is allow you to “step down” to different levels as you progress. We believe this gives you a sense of accomplishment, while avoiding the danger of cutting you loose too soon. Long term success is your goal — shouldn’t it be ours as well?

Have you allowed a cocaine addiction to take first place in your life? If so, seek drug addiction treatment to get your life back on track again. Call us today at 866-304-8254, and you’ll soon be on your way to recovery.