Most people don’t start abusing drugs with heroin. They develop a dependence on prescription drugs, usually for a legitimate health problem. Once the prescription becomes hard to obtain, they turn to heroin. Unfortunately, heroin withdrawal symptoms are difficult to overcome.

Why Do People Choose Heroin? 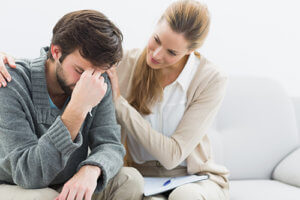 Heroin is more dangerous than prescription pills on a number of levels. First, the way that people take heroin is more dangerous. Most people inject it, whereas they would just swallow pills. Because of that, they run the risk of using dirty needles, which often causes infectious diseases.

Second, heroin is more addictive than most prescription pills. Because of its addictive nature, people’s bodies build a high tolerance to the drug. To get the same effects, they have to keep taking more and more heroin. They can eventually overdose, which may result in death.

Lastly, people aren’t really sure what’s in the heroin that they buy. Many street dealers cut the drug with other substances to make more money. The buyers often have bad reactions to these other ingredients, which leads to heroin deaths.

It’s important for people to know that there are different levels of heroin withdrawal symptoms. These include mild, moderate and severe. The severity or level of withdrawal depends on how long people use heroin.

Some mild symptoms include sweats, chills, and muscle aches. Moderate symptoms include fatigue, trouble thinking and vomiting. People have to watch out for the more severe heroin withdrawal symptoms. These include drug cravings, depression and insomnia.

There’s a timeline that most people experience during withdrawal. In general, heroin withdrawal symptoms last about a week. However, this timeline differs from person to person.

In most cases, people notice the effects of withdrawal six to 12 hours after taking their last dose. The most intense symptoms typically start within one to three days. After that peak, people often experience moderate to mild withdrawal symptoms. Some of them suffer from the effects slightly longer than a week.

Because of the severity of drug cravings during withdrawal, people usually need professional help. However, they can’t end drug treatment after detox. It’s important that they follow up with rehab services. Only rehab can teach them how to properly overcome drug addiction.

Turn to Memphis Recovery for All of Your Addiction Recovery Needs

At Memphis Recovery, we make it our mission to help people overcome drug addiction. If you suffer from heroin addiction, put your trust in a rehab center that puts your needs first. Our friendly staff can create a custom treatment plan to fit your needs.

We offer a wide range of addiction treatment services. We also take great pride in getting your family involved and rebuilding your relationships. Some different programs that we offer include:

Don’t attempt to take on addiction without help. Learn what it takes to overcome heroin at Memphis Recovery. Reach out to us today at 866-304-8254 for more information.